President of the Pilsen Region

After graduating from the Skoda Secondary School, he started working as a worker in the Skoda factory in Pilsen. Later he worked as a technician, master and personnel director of one of Skoda´s subsidiaries. In 2002, he became the personnel director of Skoda Holding and later its executive director. In 2010 he was appointed a member of the Board of Directors and CEO of Skoda Transportation. His activities have always been broader, with the Techmania Science & Entertainment Centre for Children and Youth example.

In 1989, he activated Skoda employees against the communist regime. He was a co-founder of the Skoda Civic Forum. He left politics in 1990, but interest in public affairs persisted. He joined ČSSD in 2015 and was elected leader for regional elections to the Pilsen Regional Council in the same year. In 2016 he was elected the president of the Pilsen Region.

Researcher with a focus on agrarian sector economics and agricultural policy 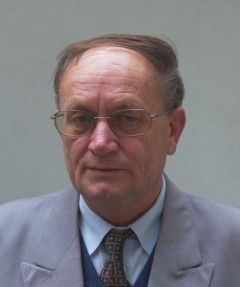 He graduated the Czech University of Life Sciences Prague, Faculty of Economics and Management.

In 2014 she began working as an EU legislation analyst at the Centre for the Study of Democracy and Culture. She specializes in monitoring and analysing EU legislation in the areas of agriculture, consumer and environmental policy.

Since 2015 she works for analytical and consulting company B&P Research, where she focuses on subsidy advice for small and medium agricultural enterprises and common agricultural policy analysis. In 2017 she began to cooperate with Asociace soukromého zemědělství, helping the organization with expert lobbing focused mainly on national government regarding (eg. redistributive payment). On european level she prepared arguments against active farmer criteria, including impacts on small farmers in the Czech Republic.

She is also closely associated with think – tank Pravý břeh led by chairman of Civic Democratic Party Petr Fiala, where she focuses on policy recommendation on sustainable farming and environmental policy. Occasionally she teaches common agricultural policy course on Faculty of Social Studies on Masaryk University in Brno.

Jan comes from an old farming family, which has been farming in his hometown of Holubice (not far from Prague) since 1672.

After studies at the Secondary Agricultural School in Mladá Boleslav and then graduating from the Faculty of Engineering at the Czech University of Life Sciences in Prague, in 1987 he began working at the state farm “Prague-West”.

In year 1992, after a forty-year of socialist experiment, he re-established farming on the original 25 hectare family farm, but at the same time began to build a modern farm, which at the beginning was farming about 680 ha of arable land and 150 dairy cattle. The current acreage of farm, where he works with his whole family, is 900 ha. In the fully robotized operation of the dairy he farms about 300 dairy cattle.

Ten years ago, together with colleague Stanislav Němec, they have implemented and are still running a business project "Milk from the Farm" through which they supply fresh dairy products, as well as other regional foods, to end customers, almost to the home.

He is the father of two daughters and one son, the grandfather of seven grandchildren. He is a co-founder of the Association of Private Farmers of the Czech Republic and a member of its Bureau. He has been a member of the municipal council for 29 years at his place of residence.

Since 2003 he has been working in various positions of the Agricultural Association of the Czech Republic. In 2011 he became its chairman.

From 2009 to 2010 he worked as Minister of Agriculture consultant. In 2012, he was elected vice-president of the European NGO COGECA.

Since 2000 he has been working at the Ministry od Agriculture of the Czech Republic. In 2003 – 2007 as Director of the Managing Authority of the OP MoA and subsequently EAFRD, since 2011 as Chief Director of the Rural Development, Direct Payments and Rural Development. Since 2015 he has been Deputy Minister of the Section for EU Funds, Science, Research and Education.

He graduated the University of Economics in Prague and Georgetown University in Washington, foreign relations.

From 1994 to 1998 he was the representative of the Czech Republic in the World Bank. From 2000 to 2001 he worked in the management of Revitalization Agency and Consolidation Bank. As a member of the government´s National Economic Council, he cooperated on anti-crisis measures. In addition to his consulting practice, he currently works as an economic analyst at the Czech Banking Association and as a chief economic commentator of the economic magazine Euro.

He is an enthusiastic zoologist and lecturer in postgraduate education programs in his free time.

chairman of the board ZD Krásná Hora nad Vltavou a.s.

She was Minister of Agriculture from 2006 to 2007 and subsequently adviser to the Prime Minister for European Affairs. She worked as Ambassador and Permanent Representative of the Czech Republic to the European Union from 2007 to 2014 and subsequently as an analyst at the Ministry of Foreign Affairs. Since 2014 she works in the Technology Agency of the Czech Republic, where she ensures international cooperation